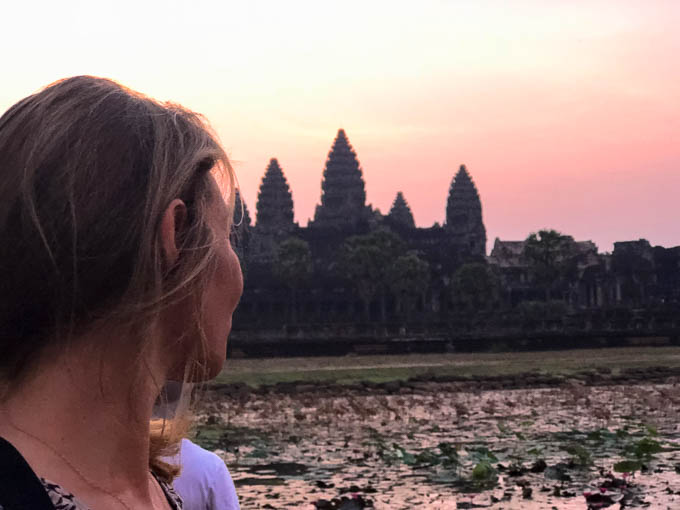 Angkor Wat is the largest religious monument in the world. Originally built by Hindu’s at the beginning of the 12th century AD, the city of Angkor was the Hindu capital for the Khmer Empire until Buddhism permeated the area at the end of the 13th century. Angkor Wat is the largest temple and still functions as a place of worship today. This world famous temple is the pinnacle of Kymer architecture and an icon for Cambodia. Many tourists arrive before sunrise to photograph this legendary place as the early morning clouds show pink in the lotus pools.