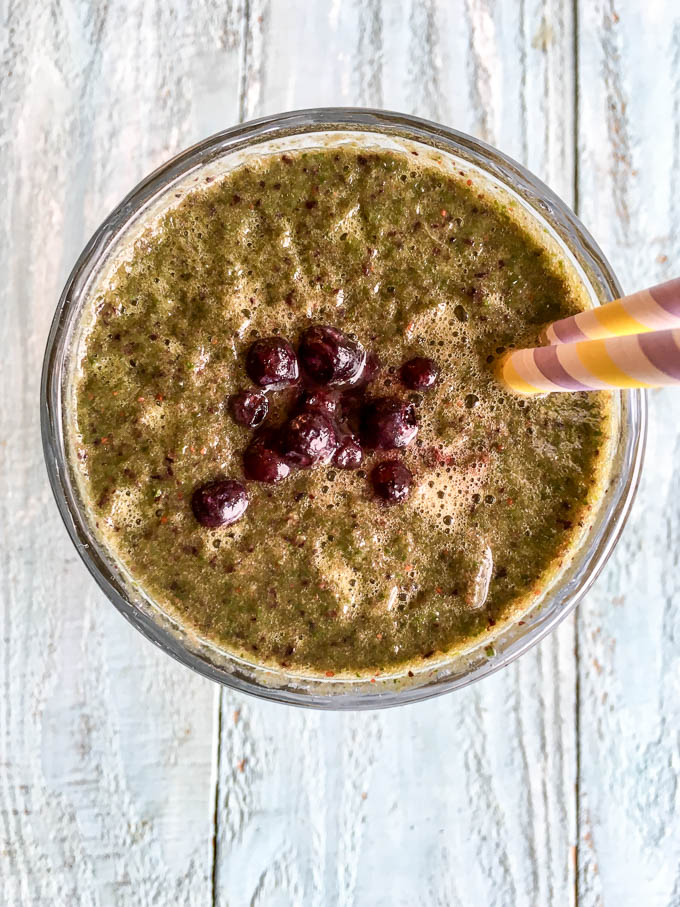 In his amazing book Liver Rescue, Anthony Williams suggests that most people are chronically dehydrated which affects the liver.  When I read these words, I was sure he was talking to ME!!!  As a runner and avid exerciser, you’d assume I drink a ton of water, but I don’t!!!  I forget to hydrate because I don’t get very thirsty. I also embarked upon a low carbohydrate diet last year and dehydration is a known side effect. Therefore, I’m probably adding additional stress to my thirsty liver. This book has motivated me to hydrate better with water and this tasty light, coconut water based hydrating smoothie.

This recipe was inspired by a vlog I saw with Dr. Mona Vand. Instead of nut milks and added sugars, she uses coconut water and lemon for hydration and healthy fruit to sweeten it. There is also spinach and kale for iron, fiber and protein. The texture is creamier than you might think and it’s so replenishing after a workout. 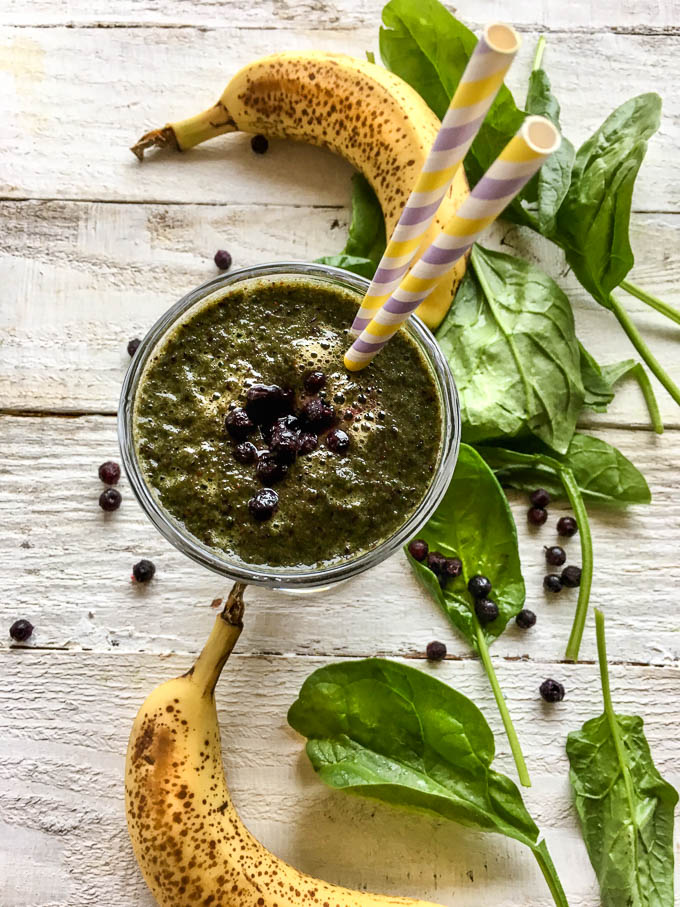 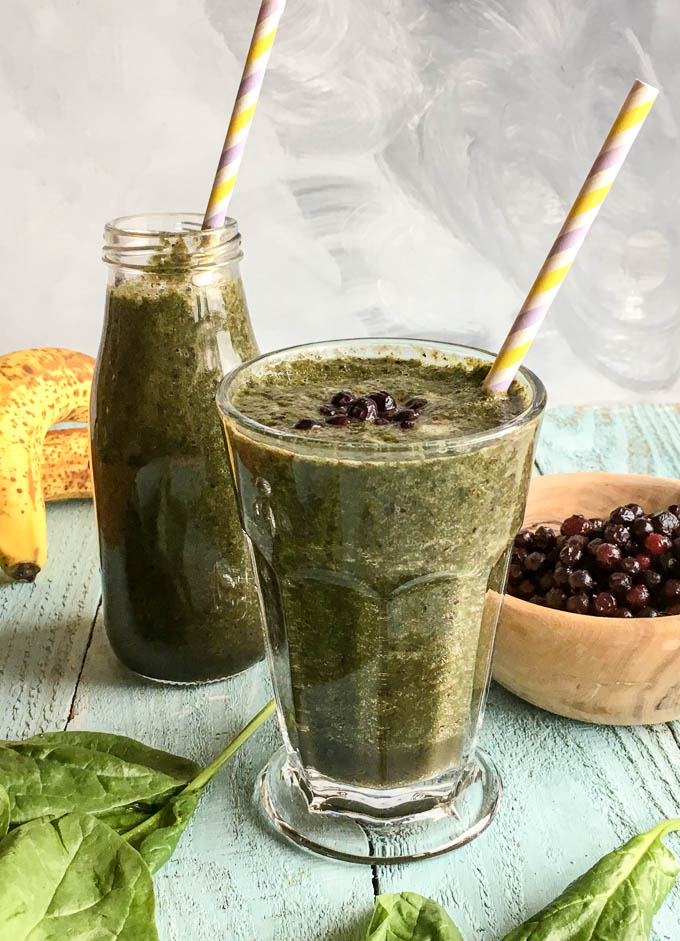 So, What is a Medical Medium Anyway?

Anthony Williams is NOT a physician he’s an intuitive diagnostic. That means he can “read” and diagnose people with the help of his spirit guide whom he calls “Spirit” (Spirit of Compassion). This spirit has been talking in his ear since age 4 when he blurted out that his (symptom free) grandmother had lung cancer (which was later confirmed by tests). Its’ been helping him heal people ever since. Before dismissing him – I suggest reading one of his books.

I also had an experience in college that opened my eyes to alternative medicine. The most popular course at UMASS was called The Microbiology of Cancer. Despite an extensive wait list, I got in!! The professor, a carbon copy of Steven Wright, exposed us to a variety of alternative healing concepts and shared an array of compelling guest speakers. This class gave me an entirely new perspective on health and healing. 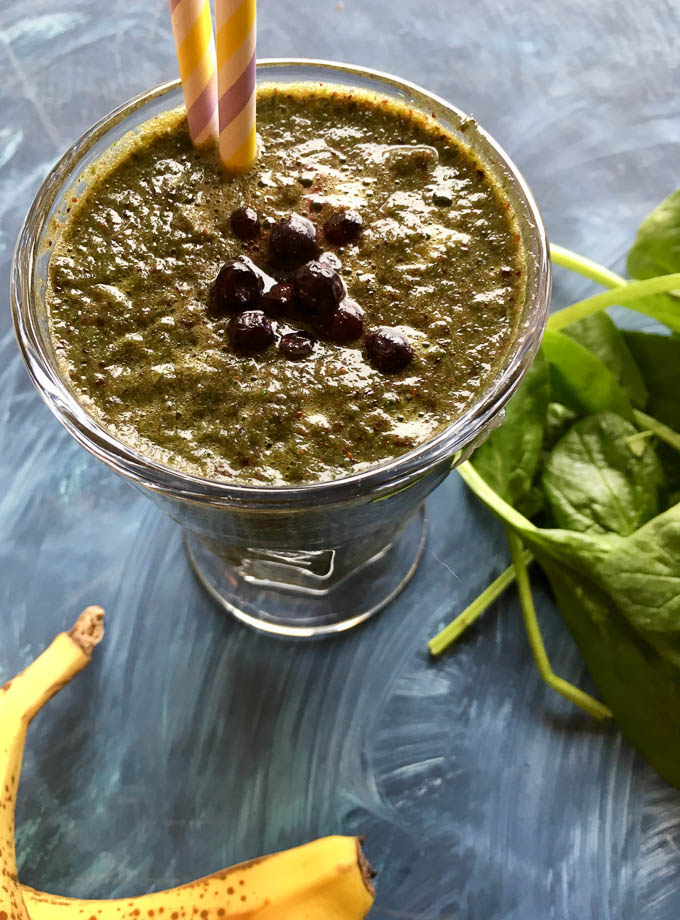 If you think your liver might be suffering as a result of dehydration then try this wonderful smoothie. I get frozen organic wild blueberries at Trader Joes. Also, make sure to buy coconut water that has no added sugar and is not from concentrate (more on that here). I like to drink this after a workout because it’s replenishing and re-hydrating. Lightly adapted from Dr. Mona Vand.

Directions:
In a blender add the lemon, coconut water and greens and blend until there are no green “chunks”. Then, add the banana and blueberries and blend again until it’s smooth.

Serve in a glass and enjoy!!!

I love to eat my smoothies with a spoon – but that’s just me!!!

Now – go read Liver Rescue! It will change your life!!! 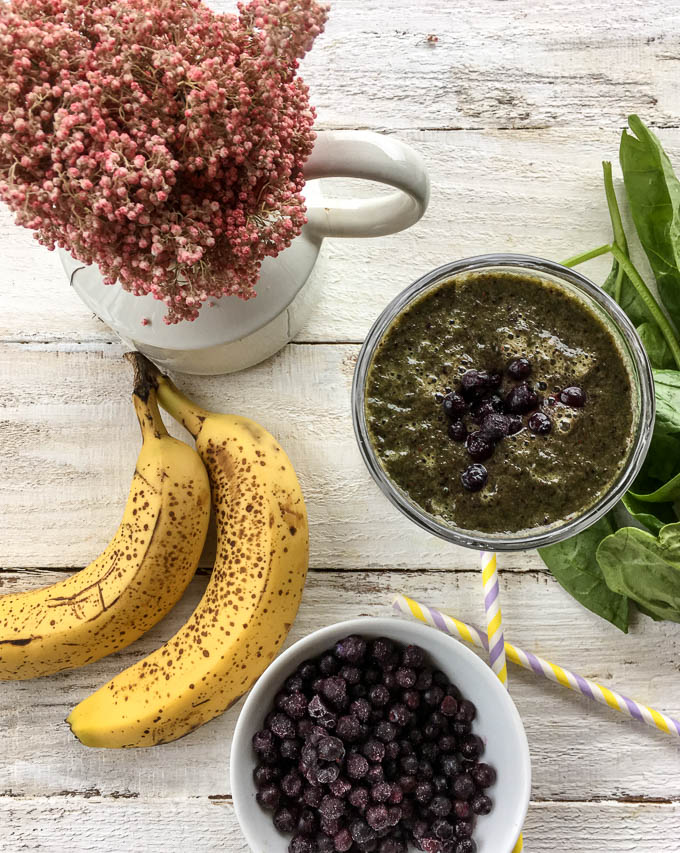